Australian woman spots an apparent ‘Werewolf’ in her bathroom ceiling

A woman in Australia noticed a random claw hanging out of a small hole in her bathroom ceiling and snapped this hilarious photo.

Sabrina Raven says she has a brushtail possum living in her ceiling, although the photo makes the cute animal look much more sinister. 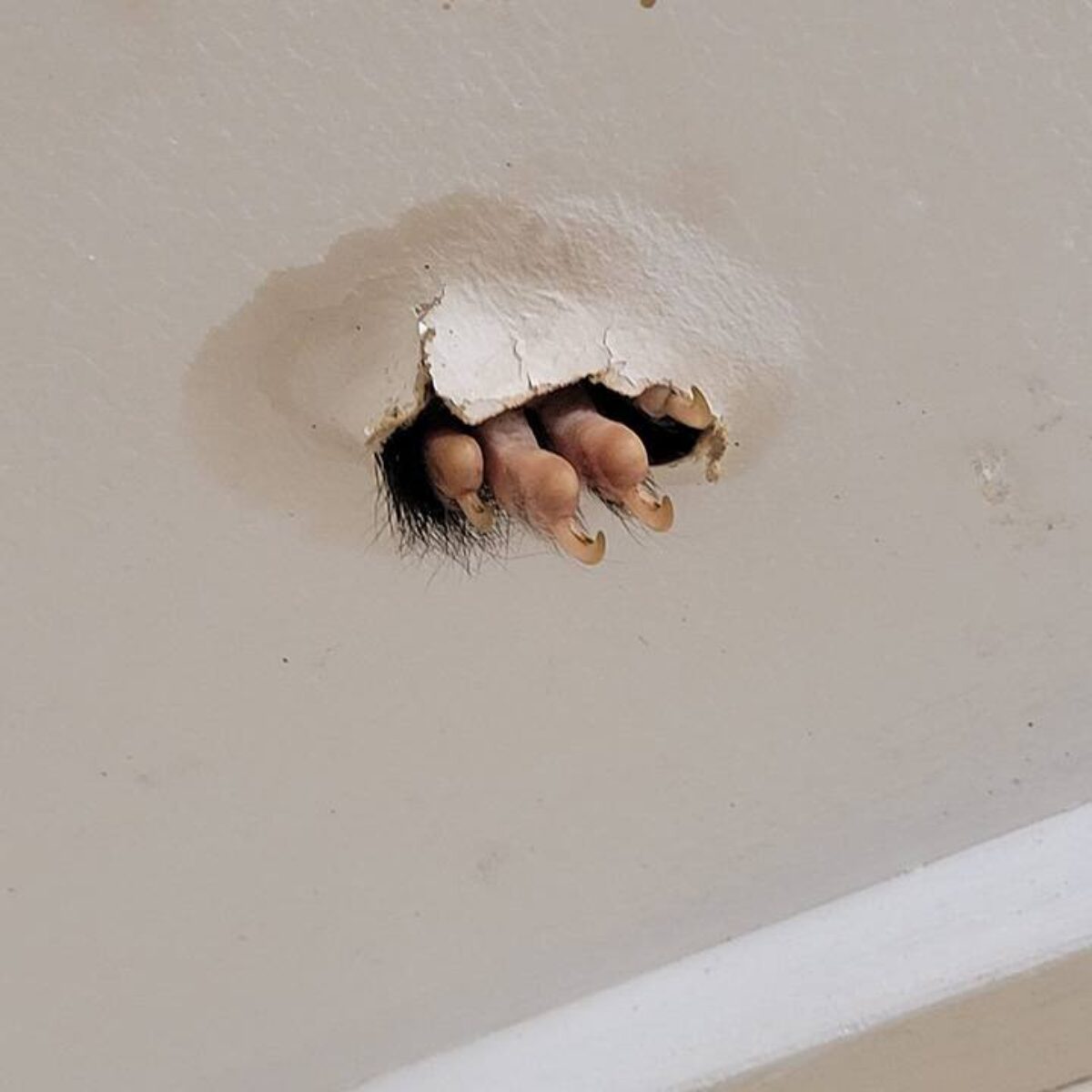 “Legit thought there was a werewolf coming through your ceiling,” one person commented on her post.

Sabrina says the marsupial is alive and that she sleeps there during the day.

“I usually just see her floof. Not her foot,” she said, adding that she has seen her face and can confirm it is a brushtail possum — and not a werewolf. 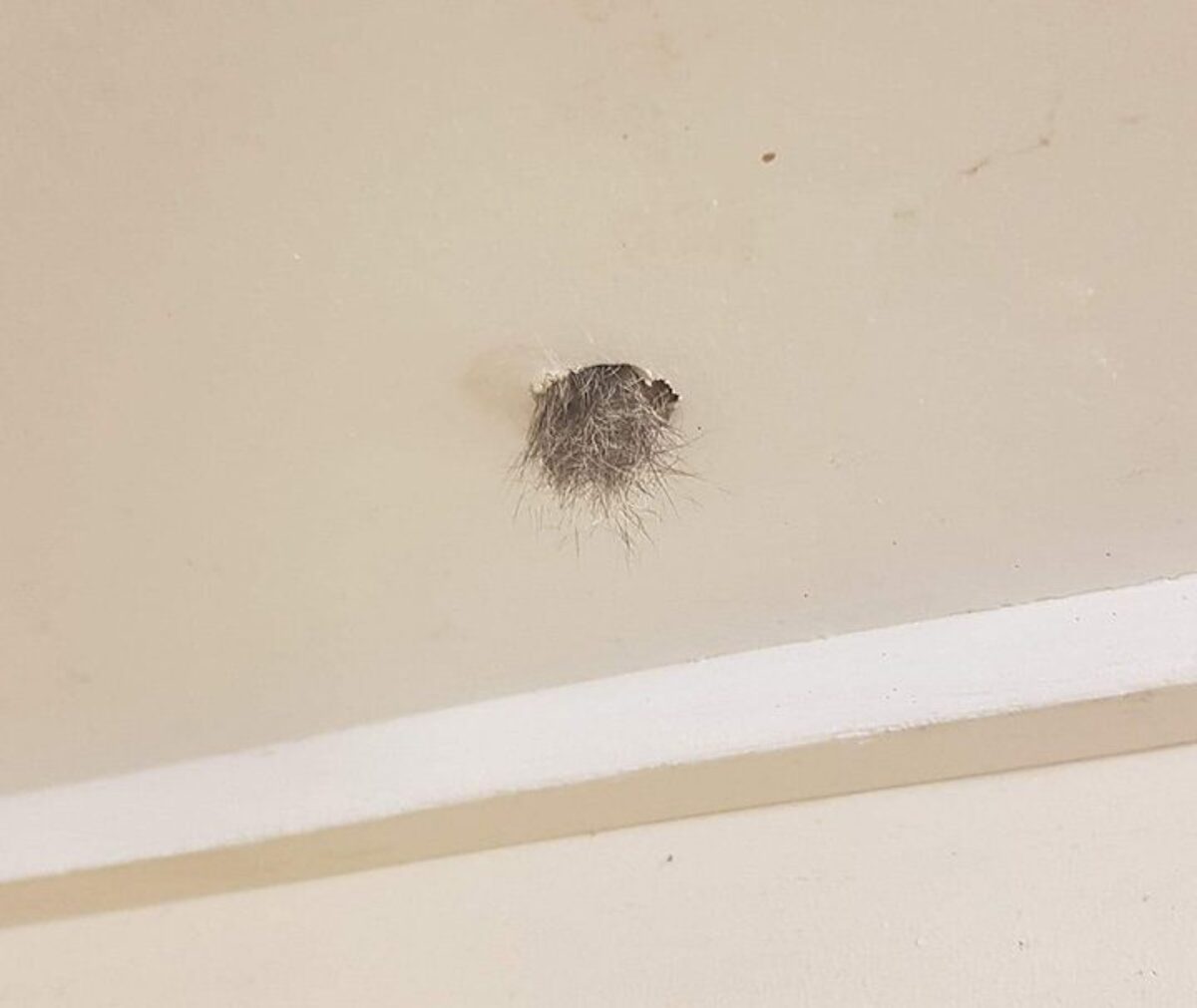 “That is seriously the stuff nightmares are made of,” added one member.

“Whatever she is, she definitely needs a pedicure!” exclaimed another.

Sabrina says that the possum will remain in her ceiling until she can identify how the critter is getting in and out.

Due to the many questions she’s received, she felt the need to say, “No I did not touch the toe beans but I have patted her fur many times. She is soft.”

Mace Already A Standout In The House