Jay Hewitt completed the Ironman triathlon in under 14 hours despite having gone through 2 brain surgeries, 30 radiation sessions and a year of chemo.

Hewitt, 39, said he first saw an Ironman race on TV in 1989 and recalled thinking to himself “they must be superhuman”. It never crossed his mind that he could do something like that.

After his daughter’s birth in 2015, the memory of seeing that competition popped into his mind. Hewitt decided he would compete in an Ironman when she was around 10 years old to show his daughter she can do anything she sets her mind to.

Then in 2018, when Hero was around three-years-old, Hewitt was diagnosed with terminal brain cancer. So, he had to start training earlier than he had planned.

“My first day of radiotherapy and chemotherapy in August 2019 was the first day I started my Ironman training,” Hewitt said to Newsweek.

Due to the pandemic, Ironman canceled their 2020 events. Hewitt got in touch with the organizers and they suggested that he be part of the IRONMAN VR Kona virtual race.

“I was able to design my own course in my hometown and plot the finish line so it was right in front of my garage, which I knew would give me a sense of coming home that would drive me throughout,” he said.

On October 9, Hewitt started in Newport Beach’s Back Bay with a 2-mile swim. He then biked 112 miles before running the final 26.2 miles.

During the race, chemo wreaked havoc on his digestive system. He couldn’t digest nutrition or hydration, but pushed through the nausea. The stomach pain was so severe he threw up.

When he came around the corner to the finish line after 13 hours and 40 minutes, there were hundreds of people there cheering him on.

Ironman even constructed an authentic finish line for him at his house.

Hewitt said seeing his daughter made everything worth it.

“My daughter and my wife were holding that tape, so I just zeroed in on them thinking ‘I’m coming home.’ I didn’t have much energy, but I gave my wife a kiss, handed my wife and daughter flowers and got down on my knees to say to Hero, ‘If I can do it, you can do it. Dream big and never give up hope.’ I got to tell her that it was really hard for me but I had thought about coming home to her, and that she had given me the strength to finish.” 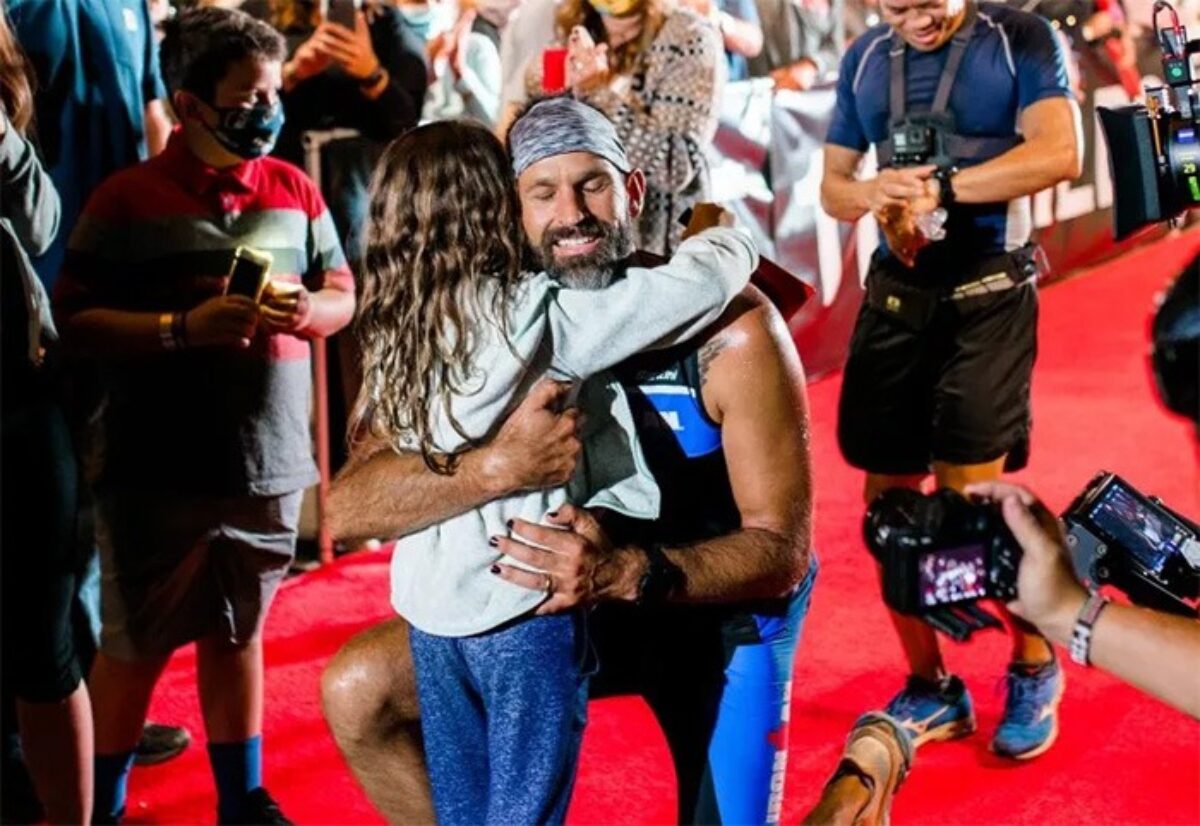 Grassley Asks For Consistency On Riots

Democrats Have Buyer’s Remorse in Georgia