Reagan the Labradoodle had no clue that he would be getting a little best friend when 60-year-old Sandi Swiridoff adopted him 7 years ago in 2014. Sandi is a retired nurse, and she and physician-husband Eric had been enjoying two “foster grandchildren” their daughter Lisa and her family had been fostering, and who were preparing to be adopted into permanent homes. 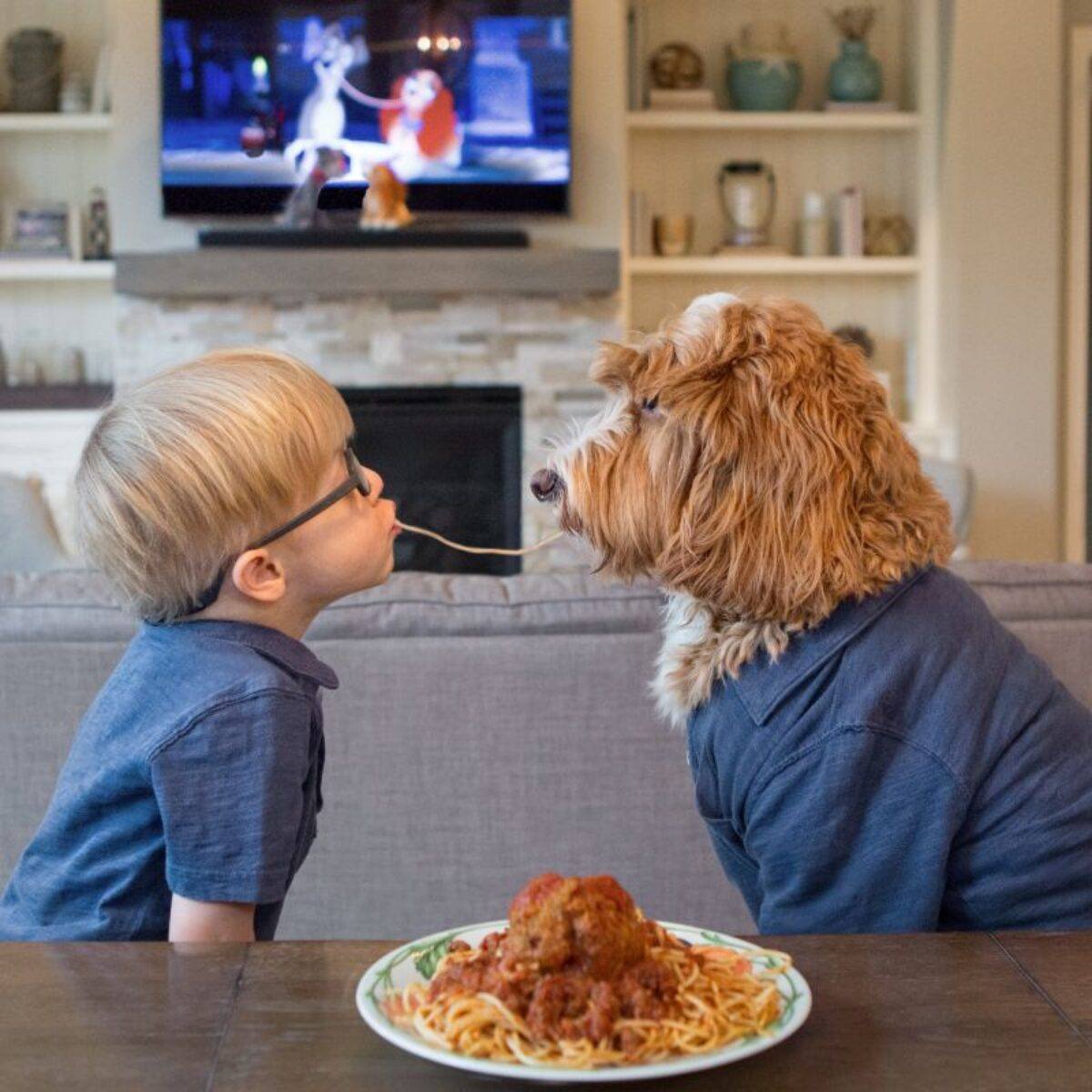 As is the case with many foster families, the Swirisoff’s fell in love with the boys children and were looking at adopting a puppy after the children left to help fill the void and solitude the children would leave in their wake. In an article posted to WEATHER.COM, Sandi says:

“Before little Buddy, my daughter fostered two little boys for 18 months. Those little brothers were her first foster children, so they were my first foster grandchildren. I was so close to them. They got adopted by a wonderful couple, but it was painful when they left. They are a big reason that we got Reagan in the first place. I knew they’d be leaving in a few months, and I needed something to fill the child-sized hole that would be left in my heart. Enter Reagan. It was just meant to be.

Shortly before the children left their homes, Sandi took them to look at a littler of Australian Labradoodles that she was interested in. There was only one puppy remaining when they got there, and it was an immediate connection between Sandi and the pup. GOOD NEWS NETWORK shared details of the first encounter:

“As I reached down to pick up this little ball of fur, he licked my face. At that moment, I knew he was going home with us.”

They brought the puppy home and named him Reagan. A few months later, Sandi’s daughter, Kari Lewis, and her family began fostering  an 11-month-old boy named Buddy. Buddy and Reagan immediately bonded with each other and the beginning of a deep friendship was established.

“Their bond was instant. Reagan seemed to know that Buddy needed a furry friend to help him adjust and make him feel safe and loved. Watching their bond warms my heart, as they have the same energy level and personality.”

Sandi started posting adorable pictures of Reagan and Buddy wearing matchings clothes and playing together to an Instagram paged called @reagandoodle, which has a whopping 503k followers.

Both Buddy and his little sister have been adopted by the Lewis family, and the pup still gets so excited to see his little friend after 7 years together.

“Reagan gets SO excited whenever Buddy comes over. They are seven years old now, and don’t see each other every day, but that only increases the excitement level when they are reunited.”

MORE NEWS: Joe Biden Is Again Trying To Take Credit For Multiple Things He Didn’t Do

Every fun moment is documented, and the photos will sure to be a treasure to Buddy and his family for years to come. Lisa is using the photos for a good cause, and has crated a yearly calendar depicting life with Reagan. Calendars can purchased here, with proceeds going to assist children in foster care.

Rand Paul Blasts Fauci For Acting Like A ‘Petty Tyrant’