In late February, a little British girl received news that would change her life forever. In an emotional video, 6-year-old Eloise Clark from Lincolnshire, U.K. bursts into tear when she is told by her mother that they finally have enough money to purchase a special prosthetic arm for the little girl.

Eloise has grown up with only one arm. While in the womb, she  developed a condition called amniotic band syndrome, which occurs when the inner lining of the placenta is damaged during pregnancy and forms thin bands which can then wrap around the developing fetus. 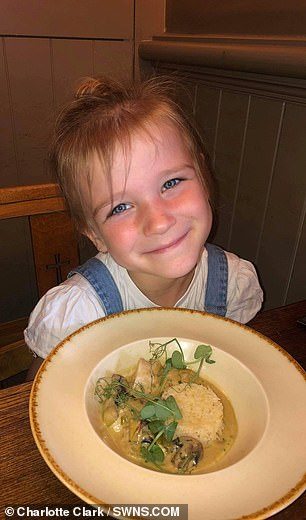 When this happens, blood flow is restricted to whichever body parts the bands wrap around, affecting growth and development of that particular body part. 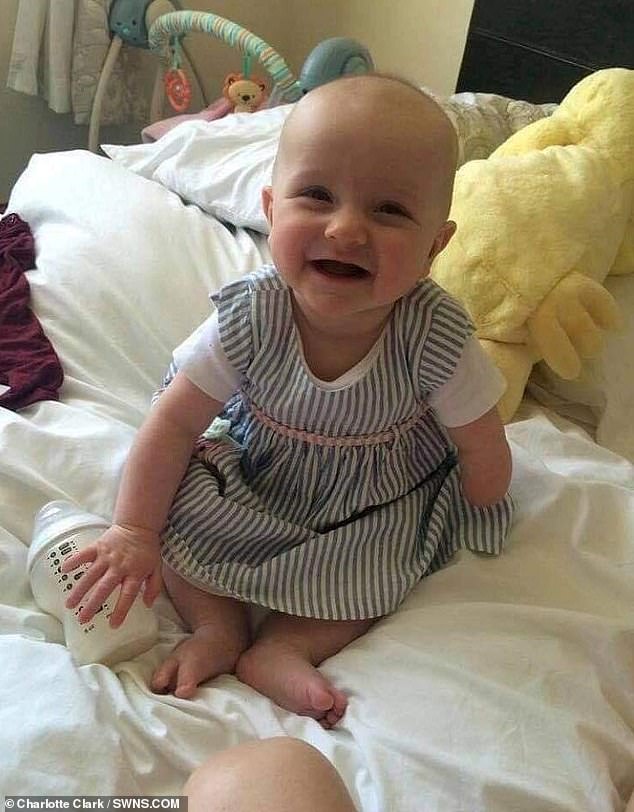 “Eloise has always found ways to get tasks done. For example as a baby she used to use her feet to help play with her toys. She’s found ways to cut her dinner up using a knife and fork. The list is endless.”

Sometimes limbs are wrapped so tightly by the bands that the limb is amputated. This is exactly what happened to Eloise, who was born with her left arm amputated just above the elbow. In a post on a GoFundMe page, mom Charlotte said:

“Since Eloise was born she’s had numerous hospital appointments and tests but nothing has ever phased her. Every single day she amazes me more and more.”

Even with her cheerful outlook on life, Eloise does have a sense of missing out on life in ways that those with two arms do not. So when she was presented with the idea of being fitted for a bionic arm, she enthusiastically wanted to pursue that option. The only problem was that the arm would have to paid for out of pocket and would cost about £10,000, which is almost $14,000 USD.

A firm in Bristol called Open Bionics will be crafting the arm using a 3D printer, and once Eloise is fitted and learns how to use the prosthetic, her mobility and opportunities will improve immensely.

Eloise must wait until she’s 7 before she can fitted with an arm, so Charlotte created the crowdfunding page in hopes of raising money throughout the year so that they would be ready to move forward when Eloise was of age.

To Charlotte’s absolute shock, they managed to raise all the necessary funds within just eight days. Charlotte videos the moment she tells Eloise they raised all the money they need, saying:

The sweet girl hugs her mothering while crying before saying “thank you.” Charlotte said Eloise has wanted a prosthetic arm for years and has become very self conscious of her condition the older she gets. Speaking to the DAILY MAIL, Charlotte shares:

“We just can’t believe how generous people have been and how quickly we have reached the target, it’s overwhelming. This will make such a huge difference to Eloise’s life, she will be able to do so many things that she can’t do now. I tell her all the time that she’s beautiful and nothing is wrong but she wants to have two hands and that’s her choice.”

As of today, the fundraising page has received almost twice the amount of donations that were needed. Charlotte plans to use the extra funds to cover travel and other expenses involved with receiving and getting fitted for the bionic arm. She also expressed interest in setting up a charitable fund for other children like Eloise achieve the confidence and mobility they desire and deserve.

Read more at UpliftingToday.com:
Alabama 7th Grade Teacher Is Arrested For Allegedly Having Sexual Relationship With Student
Meghan Markle And Prince Harry Remove Princess Diana Photo From Their Archewell Website
Woman Takes Off Her Thong And Uses It As A Face Mask After Staffers At Grocery Store Refuse To Serve Her

Trump Beats Social Media Giants At Their Own Game