Um, John Kerry has some explaining to do...

What the heck is going on with the Biden admin?

Have you ever seen such a poorly-schlepped together group of political bunglers in your entire life?

When Biden isn’t eating day-old egg yolk off his chin on live TV, or stringing another low-energy ramble fest together, bizarre photos, videos, and other oddities occur on the regular.

There’s a lot of suspicions that swirl around the Biden admin and for good reason. Here we have a so-called “president” whose cognitive issues are careening out of control at warp speed, and the media and most DC politicians act like there’s nothing wrong.

Huh? What? Are you kidding me?

It’s as if they suddenly want “Dementia” or “Alzheimer’s” to just be a totally normal thing for a US “president” to have.

Biden’s speaking abilities are getting worse as the day’s prod along, and the Dems can no longer use the lame “childhood” stutter excuse…because a stutter doesn’t cause you to lie, forget where you are, forget who you’re with, and talk like you just came out of a deep anesthetic sleep.

The bottom line is that everyone’s on guard and always on the lookout for “weird things” because there are always “weird things” going on with anything and everything that surrounds Joe Biden.

And that brings me to the latest bizarre situation…This time it doesn’t involve Joe, but it involves someone in his admin – John Kerry…The “Special Presidential Envoy” …whatever the hell that is supposed to mean.

Kerry, the Ketchup King, is burning fuel all over the globe, traveling to different countries to lecture everyone about their big carbon footprint. And today, on his Twitter account, Mr. Special Ketchup Man posted a bizarre highly edited photo of himself and a few other people.

I am a graphic designer, and I can assure you without even the slightest shadow of a doubt, that the picture you’re about to see is wildly and very poorly photoshopped.

Kerry shared a photo of himself and these other people, standing on some stairs in front of a big “impressive” seal….I’m assuming this is in India.

From far away, it looks fine…but when you get up close, the whole sham falls apart.

“India’s leadership is essential for our clean energy future. Looking forward to advancing climate discussions this week in New Delhi.”

Now, let me show you what the photo looks like up close: 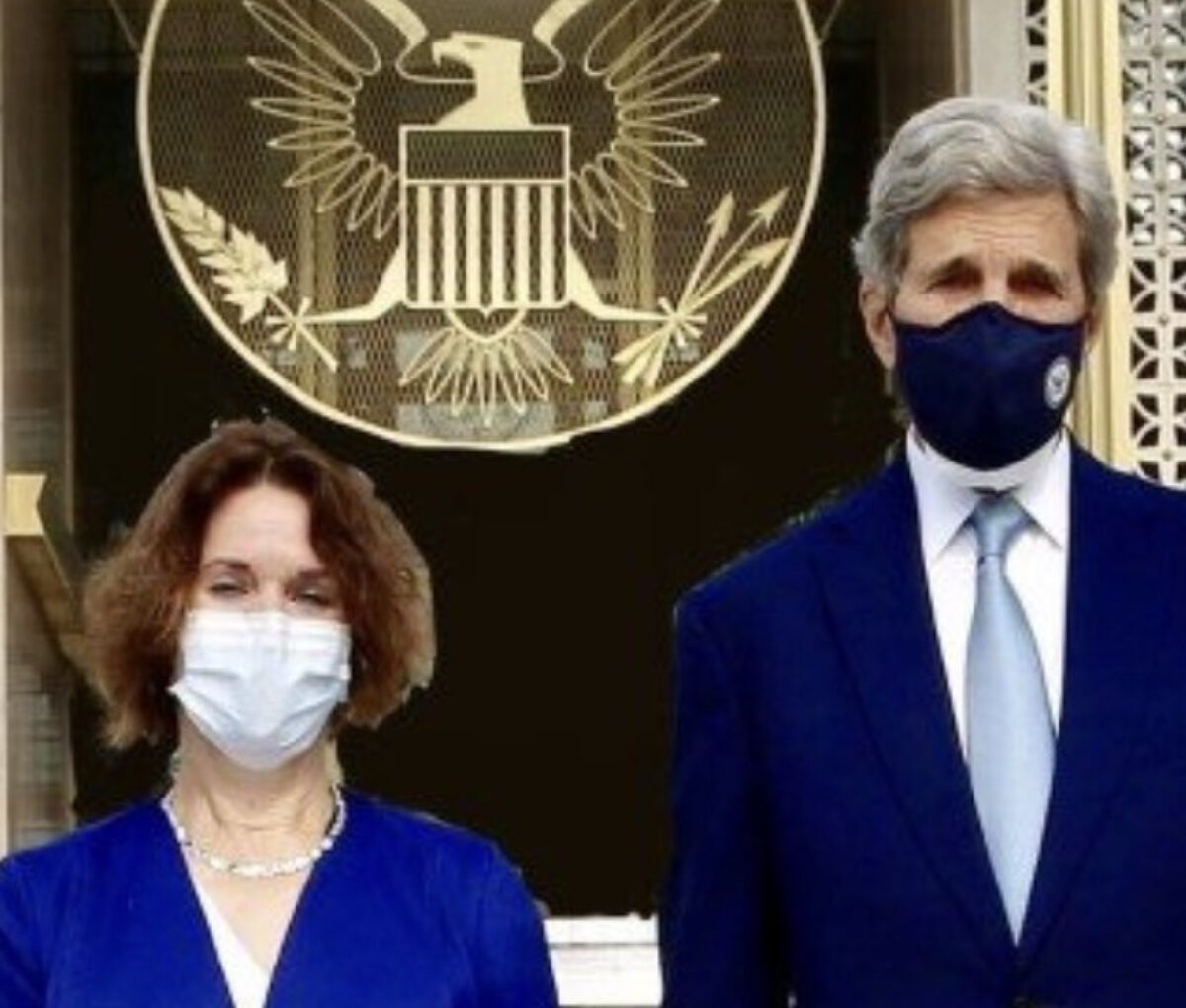 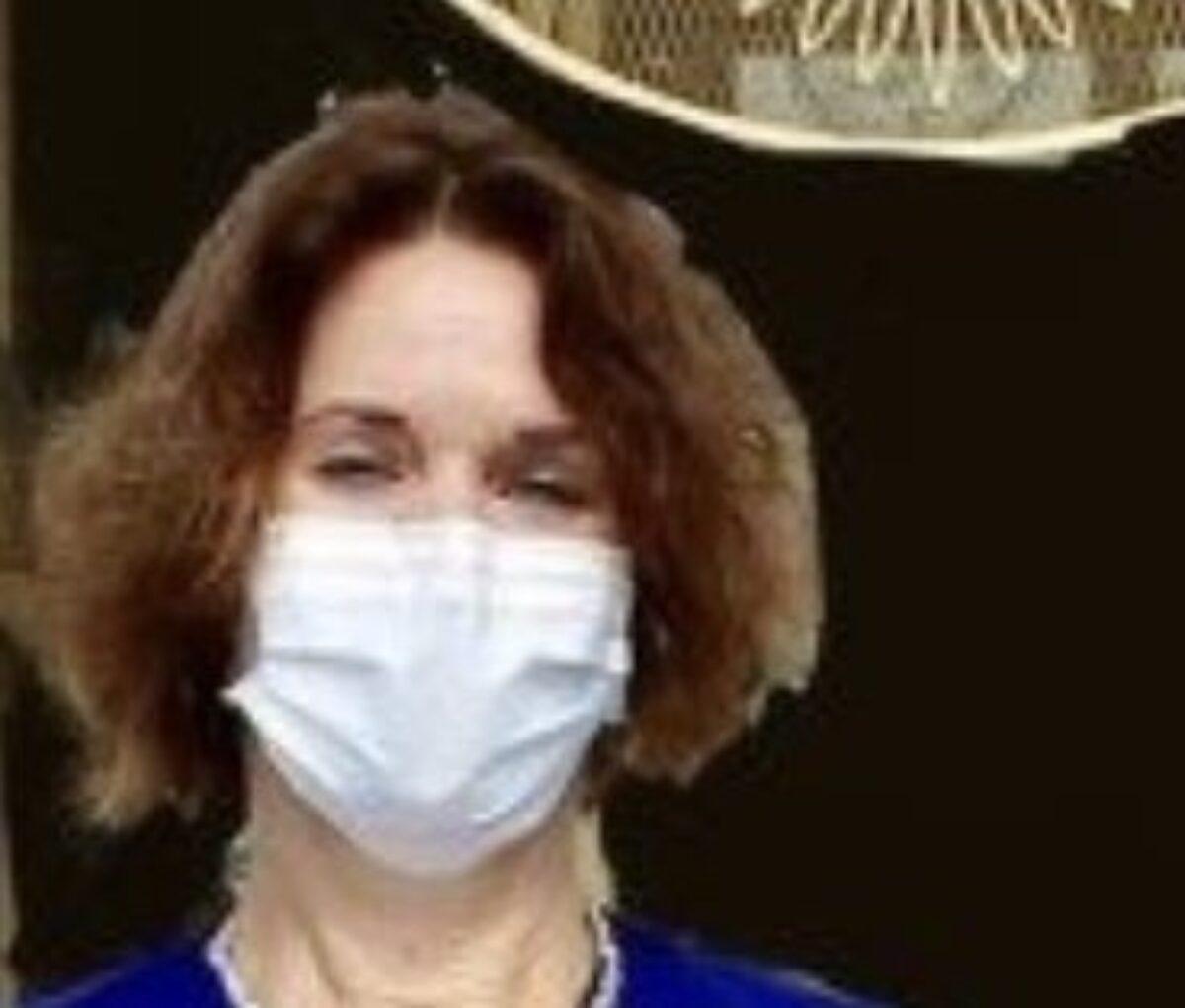 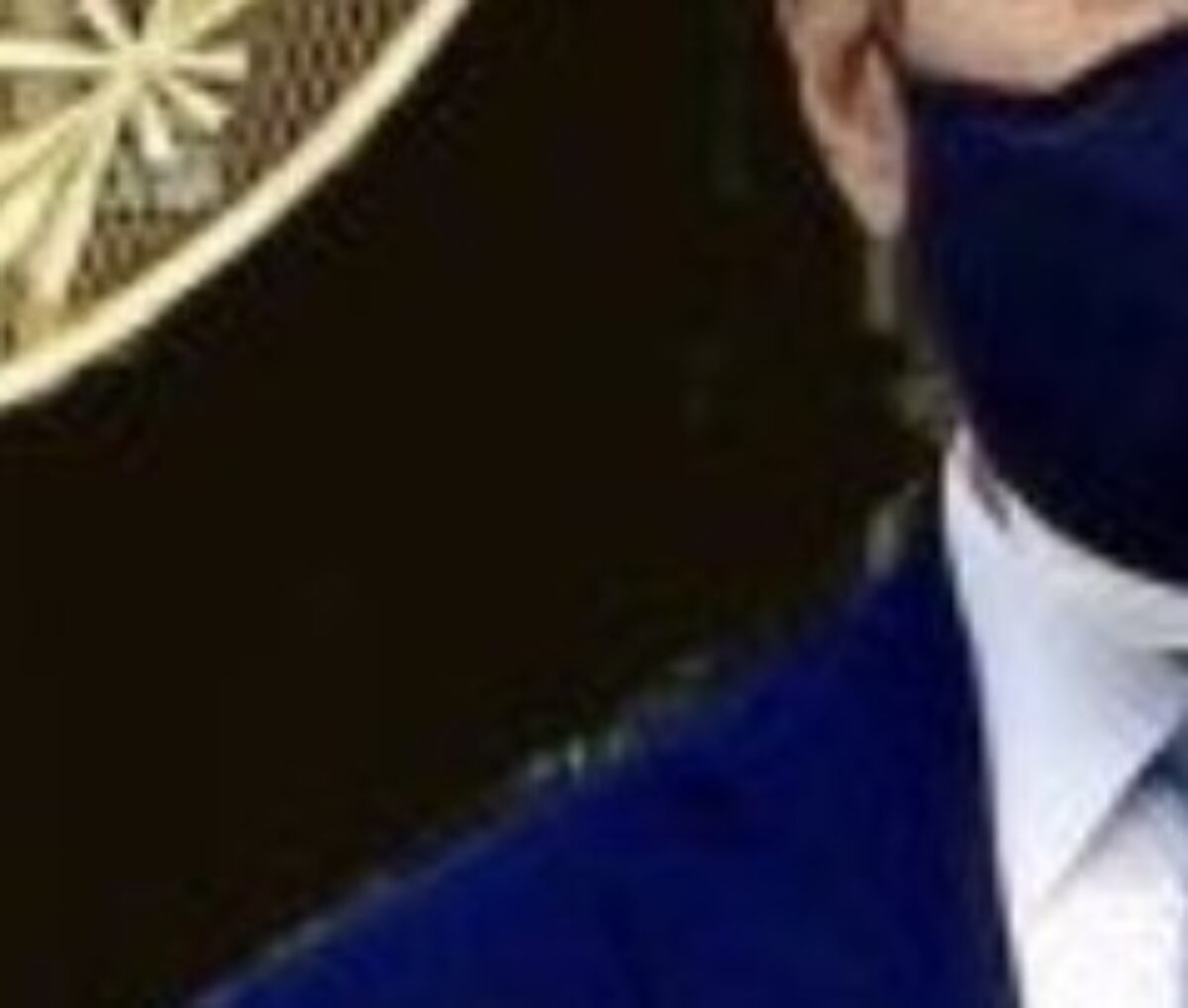 Good lord, this is some of the worst photoshop work I’ve ever seen. It’s ghastly.

Where did John Kerry’s shoulder go? And that poor woman’s hair and neck and her arms look awfully long…and don’t get me started on that wonky “official seal.” I mean, it’s a total and complete trainwreck.

Here’s what folks online are saying about this:

MORE NEWS: U.S. Border Patrol Fires Back At Biden After He Attacks His Own Agents Over Debunked ‘Whipping’ Claims

“Graphic design is someone’s passion, but shouldn’t be their profession”

“Man, everyone thought Trump was a maniac with the sharpie”

“Why is this official Biden appointee sharing fake photos with the American people?”

“How come nothing with this admin is ever real?”

“Can we just make a rule where US officials just stop posting fake shit? Thanks”

Either this picture is completely fake and/or “staged” for whatever reason, or there was something in the original photo that Kerry or someone didn’t want us to see and someday with very little experience, removed it.

Either way, you have to wonder why the official account of the Special Presidential Envoy is sharing a highly edited photo with zero explanation whatsoever.

Doesn’t that seem rather odd and a bit concerning, but par for the course when it comes to all things “Biden.”

This piece was written by Missy Crane on September 13, 2021. It originally appeared in WayneDupree.com and is used by permission.

U.S. Border Patrol Fires Back At Biden After He Attacks His Own Agents Over Debunked ‘Whipping’ Claims

Democrat Caught Spreading False Facts About Poverty In The U.S.