The tide has turned in America.

All the work to prop up Joe Biden has failed, and the mask is off, and everyone now sees him for what he is: a senile fool.

It was only a matter of time before this happened. You can’t keep propping up a man like Joe. He’s in such bad shape, mentally, and now, his mistakes and his draconian COVID plans are just too big to ignore.

So, America is now reacting…in a big way.

Just take a look at what’s been trending all morning on Twitter:

This image is also making the rounds on the internet.

The juxtaposition of the political elite, standing shoulder to shoulder on 9/11, and President Trump with the cops and firemen.

It really is a perfect symbol of what this fight is all about, isn’t it? 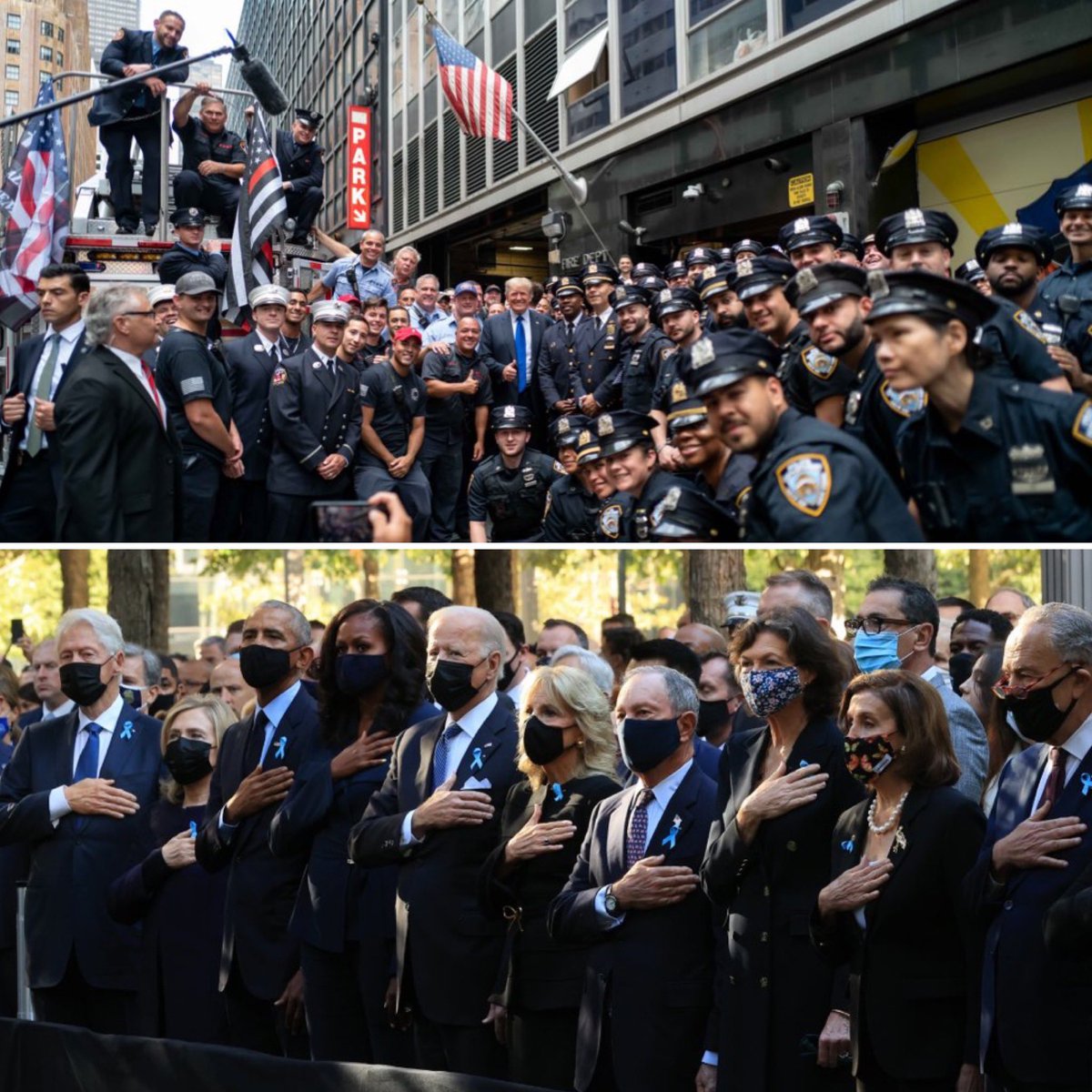 I think that it took what happened in Afghanistan for everyone to finally come together and say would what we’ve all been thinking.

It was like, it became “okay” to just say it out loud…that’s why the “F Joe Biden” chants have become so popular and like a national pastime, at this point.

And it’s also why more people are a-okay with showing how they feel about President Trump and the sketchy 2020 election in public…the veil on Joe has been lifted, the toothpaste is out of the tube, and you just can’t stuff it back in. It doesn’t work that way.

That’s why now when you see a “Trump Won” flag unfurled, the crowd goes absolutely wild.

Just take a look at what happened at the recent Boise State game…listen to that crowd.

You can watch the video below:

Listen to the crowd when they unveiled the TRUMP WON SAVE AMERICA flag at the Boise State game.. pic.twitter.com/HAXar7RrvL

This is just getting started and it will get a lot more intense…and that will infuriate the Regime who installed Joe and they’ll begin even more clampdowns and find new ways to keep the peasants quiet.

MORE NEWS: U.S. Border Patrol Fires Back At Biden After He Attacks His Own Agents Over Debunked ‘Whipping’ Claims

But in the end, it won’t work – you just can’t stop a movement like America First…It’s impossible, and their efforts to try and end it, are only making it stronger.

This piece was written by Missy Crane on September 12, 2021. It originally appeared in WayneDupree.com and is used by permission.

Wow Democrats are all in for photo aren’t they? Notice difference in the two photos? President Trump one shows someone cares about them. The Democrats photo is just photo op only because we all know they don’t care about anyone. What was Biden looking to the ski for?just like Busch this was only political unlike President Trump which was personal. When the families ask you not to come and you do it anyway we all know on photo op period. When Busch calls Americans terrorist like the rest he doomed himself. No one takes these people seriously any longer. Feel the heat yet Democrats.

The silent ones have had enough and more Democrat voters are jumping ship because Democrats don’t care if they are showing their true colors. Like I said before don’t blame me I voted for President Trump.

U.S. Border Patrol Fires Back At Biden After He Attacks His Own Agents Over Debunked ‘Whipping’ Claims

Democrat Caught Spreading False Facts About Poverty In The U.S.