President Donald Trump dropped a bomb on Wednesday when he announced that he is launching a new media company with its own social media platform.

Trump explained that he’s launching Trump Media & Technology Group and its “Truth Social” app with the goal of creating a rival to the Big Tech companies that have banned him.

“I created TRUTH Social and TMTG to stand up to the tyranny of Big Tech,” Trump said in a statement [1]. “We live in a world where the Taliban has a huge presence on Twitter, yet your favorite American President has been silenced. This is unacceptable. I am excited to send out my first TRUTH on TRUTH Social very soon.”

“TMTG was founded with a mission to give a voice to all,” he added. “I’m excited to soon begin sharing my thoughts on TRUTH Social and to fight back against Big Tech. Everyone asks me why doesn’t someone stand up to Big Tech? Well, we will be soon!”

Trump then said his “mission is to create a rival to the liberal media consortium and fight back against the ‘Big Tech’ companies of Silicon Valley, which have used their unilateral power to silence opposing voices in America.”

CNBC reported [2] that Trump’s new company said that it and SPAC company Digital World Acquisition Corp “have entered into a definitive merger agreement, providing for a business combination that will result in Trump Media & Technology Group becoming a publicly listed company, subject to regulatory and stockholder approval.”

Patrick F. Orlando, Chairman/CEO of DWAC, stated, “Digital World was formed to create public shareholder value, and we believe that TMTG is one of the most promising business combination partners to fulfill that purpose.”

“DWAC currently has $293 Million in trust, assuming minimal redemptions, which can fuel TMTG’s scale-up, including to provide world class-leading technology services to build strong and secure social networks and diverse media offerings,” he continued. “Given the total addressable market and President Trump’s large following, we believe the TMTG opportunity has the potential to create significant shareholder value.” 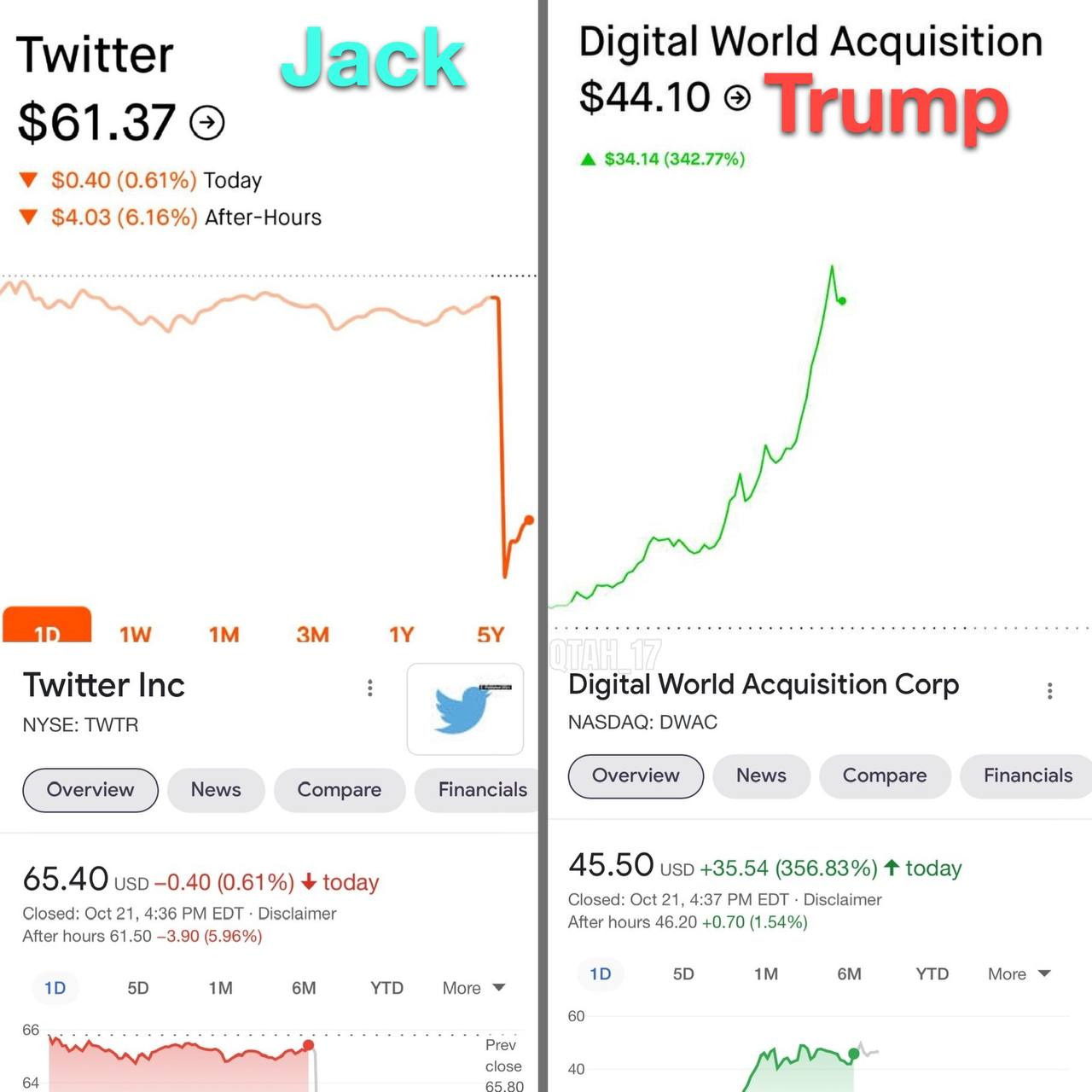 Since this news broke, DWAC shares have skyrocketed by 350%. Trump was banned from Facebook, Twitter, and YouTube earlier this year in the wake of the Capitol riot. Still, given how much interest his social media site is already garnering, Big Tech may be about to learn the hard way that they made a huge mistake in taking this action.

Trump is coming back, and he’s doing so stronger than ever.

This piece was written by James Samson on October 21, 2021. It originally appeared in RedVoiceMedia.com [3] and is used by permission.