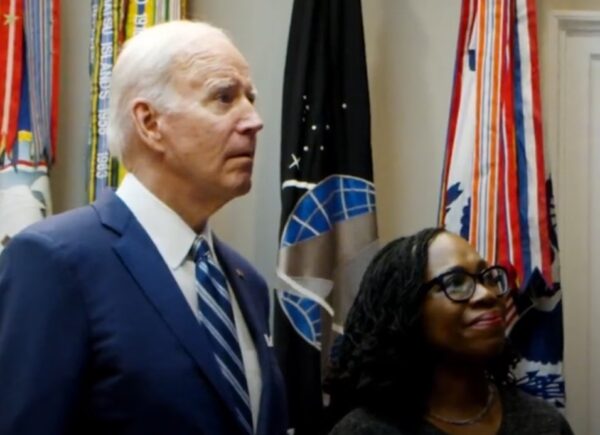 President Biden’s campaign promise to appoint the first Black woman to the Supreme Court was fulfilled on Thursday when the Senate confirmed Judge Ketanji Brown Jackson to the court.

Republican Senators Susan Collins of Maine, Lisa Murkowski of Alaska, and Mitt Romney of Utah voted for Jackson in a 53-47 vote. Senators from both parties have previously stated their support for the historic confirmation, stating that she is well-qualified. The confirmation vote was presided over by Vice President Kamala Harris on Thursday afternoon.

House members from the Congressional Black Caucus had gathered in the Senate chamber’s rear row to commemorate the historic occasion. Second gentleman Doug Emhoff sat in the visiting gallery, peering down at the proceedings, while Harris presided. After the final tally was announced, the chamber erupted in cheers, including a standing ovation and many embraces amongst Democrats.

Jackson sat in the Roosevelt Room with President Biden and other key White House officials to witness the Senate vote on her Supreme Court confirmation. 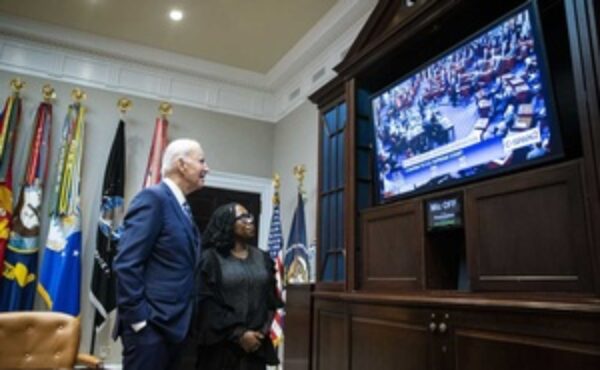 “Judge Jackson’s confirmation was a historic moment for our nation,” Biden said on Twitter with a picture of him taking a selfie with the newly confirmed Jackson. “We’ve taken another step toward making our highest court reflect the diversity of America. She will be an incredible Justice, and I was honored to share this moment with her.”

Democrats were both ecstatic and contemplative about how Justice Jackson would be remembered.

Before the vote, Sen. Raphael Warnock, D-Ga., remarked, “Seeing Judge Jackson ascend to the Supreme Court embodies the promise of development on which our democracy rests.” “What a wonderful day America has today.”

The day was described as “joyous” and “inspiring” by Senate Majority Leader Chuck Schumer, D-New York. 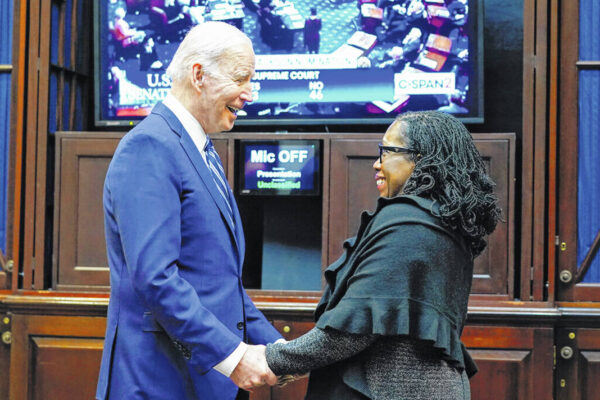 A happy Schumer exited the Senate with a double thumbs up and a large smile for the awaiting cameras after the successful vote, which was delayed for about 15 minutes because Sen. Raul Paul, R-Ky., was absent from the chamber.

According to Schumer, today is a “great day not only for Justice Brown Jackson but for the United States of America.” “Sometimes you take a step back, but today we made a tremendous step ahead,” Schumer said of the long journey to equality.

Republicans opposed Jackson on several fronts, including her refusal to answer questions about whether she favors court packing, her inability to define “woman,” a lack of explanation of her judicial philosophy, and her “soft on crime” sentencing record, which included the sentences of several child pornographers.

Before the vote, Senate Minority Leader Mitch McConnell, R-Ky., declared, “Today the far left will get the Supreme Court justice they wanted.”

Sen. Ted Cruz, R-Texas, said based on Jackson’s record, “I believe she will prove to be the furthest left of any justice to have ever served on the Supreme Court.”

The decision caps a tumultuous confirmation process that included Jackson crying during her hearing and contentious questions about her sentence record as a federal judge from Sen. Lindsey Graham, R-South Carolina, and others. 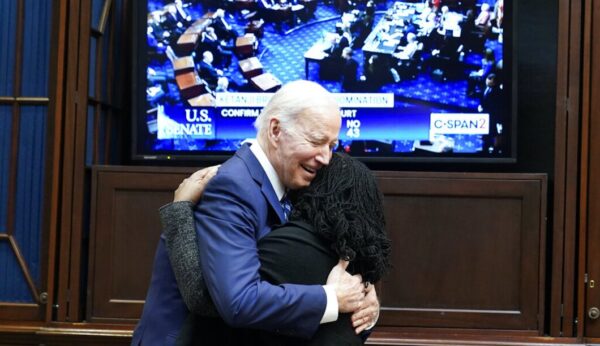 Republicans grilled Jackson for two days at the Senate Judiciary Committee hearing, accusing her of being overly soft on criminals by giving a handful of child pornography offenders jail sentences that were less than what prosecutors and sentencing standards allowed. Jackson defended her record, saying that a “tiny portion of my statements” cannot define her career.

Democrats, on the other hand, hailed Jackson’s poise under pressure and sought to highlight his long record of accomplishments. Senators praised Jackson for how far she’s gone as a Black woman in America at times, eliciting tears and evident shows of emotion from her.

In a message to young people, Jackson stated at the hearing, “I hope to inspire people to attempt to pursue this route.”

“I want them to know that they can do and be anything. … I would tell them to persevere.”

Jackson, 51, is a Harvard Law School alumnus and a judge on the District of Columbia Circuit of the United States Court of Appeals. She formerly served as a federal district court judge, a member of the United States Sentencing Commission, a federal public defender, and a private attorney at four top law firms after being confirmed by the Senate. 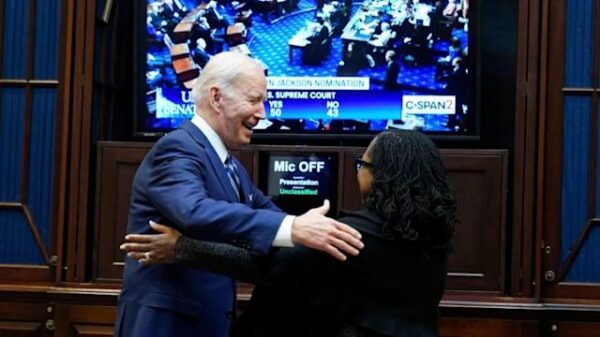 Schumer acknowledged that Jackson will also be making history as the “first and only justice with experience as a public defender.”

When Justice Stephen Breyer steps down at the end of the court’s 2021-22 term, which might be in late June or early July, Jackson will take his place.

With a 6-3 margin in favor of justices selected by Republican presidents, the court’s ideological makeup will remain unchanged.

Chuck Schumer Says JOE BIDEN Has Restored Dignity and Respect To The Oval Office…You This Guy?